The kids from the Cockroach Ryu are back and this time they join forces with the Owl Ninja clan!

The fifty years of peace that has ruled over the samurai ryus is coming to an end and only the Emperor can stop it. The kids from the Cockroach Ryu are back and make it their mission to get the Emperor to stop the coming war. But the last time the Emperor saw Sensei, he threatened to cut off his head! Will they be able to protect their Sensie and stop a battle?

When I read White Crane to my son he asked me: “Where are all the ninjas?” before I had a chance to reply, he said: “I know they’re in book 2. There wasn’t a book 2 at that stage. But when my publisher asked me if I had any ideas for a sequel… well it wasn’t my idea but…

I reach Taji first. Not because I’m the fastest. I’m good at many things but running isn’t one of them. It’s hard to sprint with just one leg. I get there fast because I’m practising sword thrusts nearby, only a hop away.
Peering into the valley, I see a short stocky figure making his way up the mountain path.
“Who is it?” Kyoko flops onto the grass.
Mikko, Nezume and Yoshi arrive, pushing and shoving each other out of the way. Like an upended bowl of rice noodles, they land in a tangled mess beside me.
I’ve got really good eyes because in my heart I am the White Crane, able to spot a beetle from the air. My sight takes wing, soaring deep into the valley. But I don’t know how Taji does it. How can a blind kid see at all? When I asked him he laughed at me. “You have to listen, Niya. You are much too noisy to see with your ears.”

It’s true. I like to laugh and jump and yell. Aeeeyagh!. Aeeeyagh! When I am practising, the White Crane screeches out across the ryu. Even when I’m sleeping, Mikko has to poke me in the ribs because I snore louder than a pond full of frogs.

“It’s Master Onaku,” I announce.
“Why is the swordsmith coming?” Yoshi voices the question we all want to ask.
Master Onaku is Sensei Ki-Yaga’s oldest friend and it’s always a special occasion when he visits. We spend days preparing. Sensei says a samurai kid must be able to wield his sword on the battlefield and a sharp knife in the kitchen. But we don’t fall for that. For once it’s not about training. It’s really about Onaku’s big round stomach. The Sword Master loves to eat.

Fussell has once again woven an exquisite journey for her samurai characters in Owl Ninja. Packed with delicately-crafted action and a brilliantly meshed dichotomy between wisdom and hilarity, this second book in the Samurai Kids series once again takes you to another world and time. There’s even the hint of a love story in book two, and a gently rising sense of growth and development for the kids of the Cockroach Ryu.  -Kids Book Review

In this sequel to White Crane (2010), the handicapped but talented students of the Cockroach Ryu school set out with their ancient samurai master, Ki-Yaga, in hopes of persuading the emperor himself to put a halt to an impending war. Along the way, they encounter a ghost, train as ninjas in a secret school, and once again make the arrogant, blustering master of the rival Dragon Ryu look like a fool. As before, there’s plenty of horseplay, significant instruction in traditional samurai values, a little Zen, a bit of suspense, and a generous number of evocative, accomplished illustrations.  -Booklist

The second in Sandy Fussell’s Samurai Kids series, Owl Ninja maintains the energy and humour of the first novel. A talented and experienced writer, Fussell avoids lengthy backstory repetition but enables this book to stand alone by using concise references to previous adventures in a way that flows logically from the narrative. By moving the story beyond the walls of their mountaintop Ryu, Fussell’s characters are allowed the development that come from experiencing the wider world as well as the personal growth that occurs in response to difficult circumstances. The writing is polished and entertaining, with plenty of humour and friendship to reinforce the Samurai values of wisdom, courage and honesty.  -NSW Assoc Gifted and Talented Children

Even better than the first one. Full of the usual adventure and humour, tied together with learning and friendship.  -Good Reads 5 starts – Bronwyn

This is an outstanding series and readers will look forward to the third instalment.  -Aussie Book Reviews

Their voyage, narrated by the Ryu’s increasingly prudent Niya, who has only one leg and must navigate the world with a crutch, is delicately crafted, creating a poetic formula that makes the tale a smoothly transitioned tableau of action and humor. Charming kernels of wisdom woven throughout are invaluable to anyone feeling on the wrong side of fortunate: “Friends make the best crutches.” Authentically rendered illustrations enhance the heartfelt story, which ends with what’s-in-store expectations. 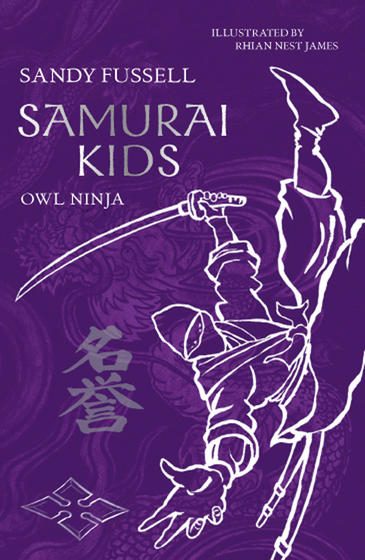 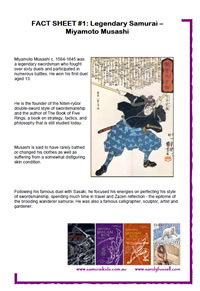 Their voyage, narrated by the Ryu’s increasingly prudent Niya, who has only one leg and must navigate the world with a crutch, is delicately crafted, creating a poetic formula that makes the tale a smoothly transitioned tableau of action and humor. … Authentically rendered illustrations enhance the heartfelt story…