The tiger roars. It bares its teeth and, staring directly at us, bellows even louder than before. Kyoko drops her pack in fright.

It’s hard to follow his advice when Kyoko’s pack lands on my foot.

The tiger roars a third time, deep and throaty, mouth open wide. My body stiffens. The fear in my heart is much greater than the throb in my foot. I am the White Crane whose eyes can see clearly long cruel canines for puncturing and tearing. Strong vicious jaws for ripping and chewing.

Sensei has taught us about tigers. One swipe to the head is enough to kill and one bite can sever a limb or carve a chunk out of your spine.

Nothing moves. Around us the forest cowers motionless beneath the monster’s roar. The tiger pauses in the middle of the mountain track. Watching.

“Be statues,” murmurs Sensei. “Like we practise and play.”

But it’s not a game this time. Beside me Mikko’s face is rice flour white. Taji, Kyoko, Yoshi and I barely breathe. Chen’s face is palest of all. In the busy streets of Beijing, a street kid hears many terrible stories about tigers who hunt men for food.

The tiger turns its head, distracted by something in the trees.

We don’t look to see what it is. We stay still. Dead still inside a silence so thick you could cut it with a samurai sword. None of us reach for our weapons because we wouldn’t be quick enough. Not even Mikko. The tiger would strike before his sword was out of its scabbard.

“If I attract the tiger’s attention, it will chase me into the forest,” Mikko whispers. “Then everyone can escape while I climb a tree.”

Mikko is our fastest runner but no one can outrun a tiger. And if Mikko paid more attention in class, he would know tigers can climb. 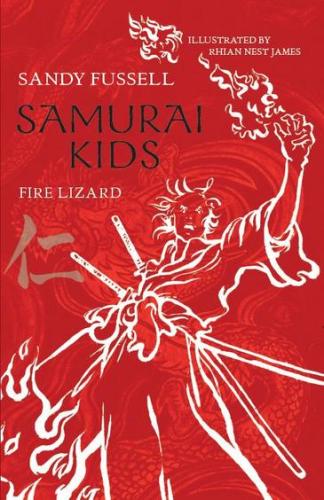