“If anyone moves, this boy dies.”

The dagger is pressed hard against Mikko’s throat, a drop of blood trickling down the blade.

“Don’t think I wouldn’t do it,” the pirate snarls. “He means nothing to me.”

But he means everything to us.

We only have one possession of value: our swords. My sword, Izuru, sings to my heart and holds my soul. I wouldn’t hesitate to trade it for Mikko’s life.

The pirate is not a big man, not quite as tall or broad as Yoshi. But his eyes flash cold and cruel. His arms are pitted with scars. One of his ears is missing. He is a man used to hard fighting, and seven more pirates stand on the beach behind him.

“What do you want?” Yoshi asks.

“Word along the coast is that a great swordsman from Japan has come to Cheju Island. It is said Sensei Ki-Yaga never fails.” The pirate grins, baring a bridge of yellow, gapped teeth. “Tell your master that the captain of the Sea Dragon has a job for him to do. We will meet again on the southernmost beach tonight at midmoonrise. Your friend stays with me to make sure your master does as he is told.”

My mind races. We are outnumbered. They are bigger than us. Our swords are fast, the dagger at Mikko’s throat would do its murderous work before we could rescue him. But at least for as long as the pirates need a hostage, Mikko is safe.

Kyoko wants to be sure.

“How do we know you won’t hurt him?” she demands. 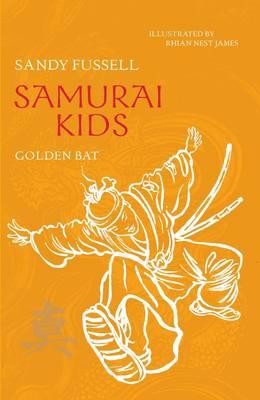