Set in a 13th century polar community, a young boy’s destiny transforms him from a frightened child into a courageous hero.

Illuak, a Too-lee boy, has been told by his grandmother that it is his fate to save his people from a bear. But the mere thought of a polar bear makes Illuak’s stomach churn and he lives in fear of this destined encounter. When Illuak summons the courage to rescue a Northman (Viking) child from a polar bear he realises there is a far greater challenge involved in the prophecy — two very different cultures are about to collide head-on.

Extract – Chapter One: Iluak the Not So brave

There are no words in my language to describe tripping over a fully laden sled and landing nose first in the snow, with a cooking pot on your head. But that’s the sound it makes. The noise skids across the ice, slicing through the night to touch the Arctic sky.

I’m not afraid of the darkness. No kid is. Midwinter the sun doesn’t rise, so it’s black all day. Perfect for hide-and-seek.

I’m afraid of whiter things. In the distance two dim shapes raise their snouts to the sound, and sniff. On the second sniff they turn in my direction.

Untying my sealskin trousers, I try to hurry. A moment ago, my full bladder was screaming for release. Now it clamps tight and refuses to budge. It’s hard enough to pee in the freezing cold, but even harder with two polar bears heading towards me.

The gloom blurs the lessening gulf between us. Crossing the snow with great lumbering strides, it won’t be long until they’re here. A healthy bear runs faster than a man.

Hurry up, Iluak , I tell myself. Hurry. Please. Why did I have to drink three cups of lichen tea before I went to bed? Cold wind slaps me in the face and my body finally listens. Words or wind, it doesn’t matter. Yes . A warm hiss of urine puddles the snow.

Minutes away, the bears stop to sniff the new smell on the wind. 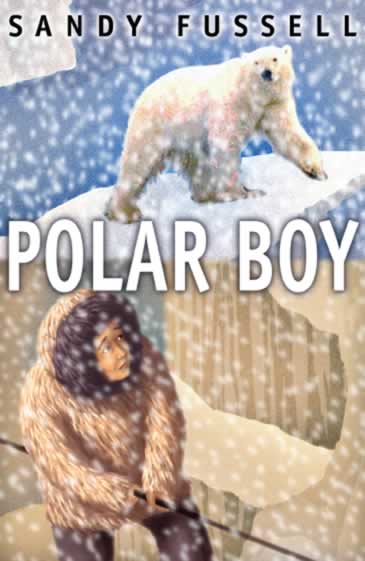