Ideally, with enthusiasm and the wild abandon of book-love sharing.

It used to be like that for me, until the Catch-22 incident of 1980. As you can tell, I’ve never fully recovered. 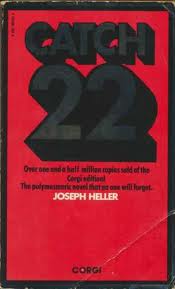 Over the years I’ve learned the hard way about all the terrible things that can happen to a book when it leaves home. It can be left on a plane (train, bus or automobile), dropped in a bath, abducted by a stranger or attacked by monkeys.

First I ask myself about the book. Is it replaceable? And if it isn’t, would I be devastated if it came back damaged or worse still, never came back at all?

Then I ask myself about the potential book babysitter. Are they a known book-loving friend?  Or a friend who is not normally a book person but has succumbed to a raving recount of my latest favourite read?

Are they one of those people (I know two) where the only thing we have in common is an obsessive love of books and our lives touch irregularly but happily simply because of that? 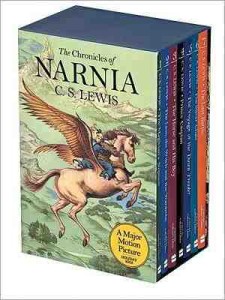 Only one set of books in my library is irreplacable. The Chronicles of Narnia is like my long-gone copy of Catch-22 – more than the pages between the covers.

The Chronicles of Narnia was a childhood prize given to a girl whose book world was limited by a very small country school library. C S Lewis opened more than a wardrobe door for me. He opened a hallway of doors and I’ve been running in and out them, slamming them joyously behind me, all my life.

Catch-22 was the first book that made me laugh, cry and think – all at once. I studied it in Year 11 and I read it for pleasure over and over again. The margins were crammed with notes – from the girl and the woman she became. Then a friend asked to borrow it. My best friend at the time, so I said yes. But when I asked for it back, she insisted she never had it. I asked her to please look again as I was sure she did because I’d made a diary note saying so. That didn’t go down well although the friendship survived a few more years.

I now warn potential book borrowers about the diary. It was never about not trusting people. It’s about lending so many books I forget who I lend them to. (Unless it’s Catch-22, which I would never forget and only ever lent to one person).

If you are the friend who doesn’t value books but wants to read a particular one I own, I’ll decide based on the book. Once I lent a Julian May book to a non-reading book-valuing friend, and he enjoyed it so much he lent it to his friend, who lost it. The book was an early edition where each cover of the books in the series joined together to create a landscape. The replacement book sadly didn’t fit in the middle of the panorama. 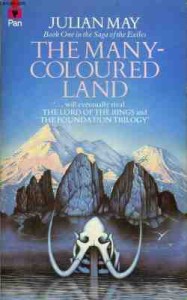 BTW I understood about the monkey and appreciated the offer to replace the book. But I decided that as it was the only book I owned that had been to Thailand AND had been bitten by a monkey, it had become irreplaceable in its own way. It makes me smile when I think about it and I would still lend that friend every book I own. Except maybe Narnia.