More by accident then design, January became a month without social media or any other form of internet activity (except for work emails).

The first few weeks were spent on holiday in Eden – friends, family, swimming, reading, stitching,  crosswords and two massive jigsaw puzzles. Internet access was virtually non-existent and I found myself with the time to do things differently. 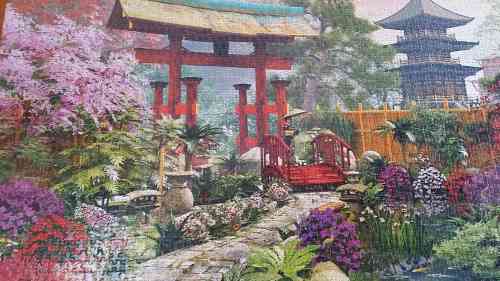 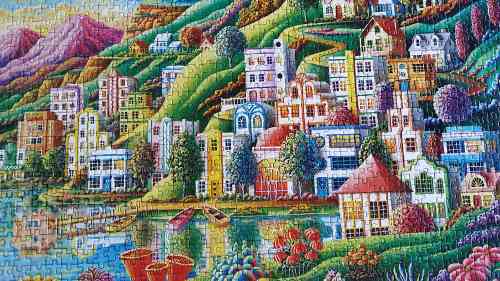 I read two books in three days – the first two titles in Robin Hobb’s fantasy epic trilogy Fitz and the Fool. Sixteen hundred pages, each twice the size of a normal paperback. Wonderful intricate storytelling that has since had me unpicking parts of my current manuscript because suddenly the plot seems too simplistic. More obstacles needed! 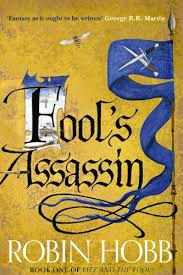 How wonderful to realise the fascinating backstory was actually a preceding trilogy. Well three trilogies really. Nearby Merimbula had a wonderful second hand book store. Two more Farseer books have been purchased, seven to go.

I rediscovered an old unfinished piece of needlework and the meditative stillness of hours spent making little coloured cross-stiches. 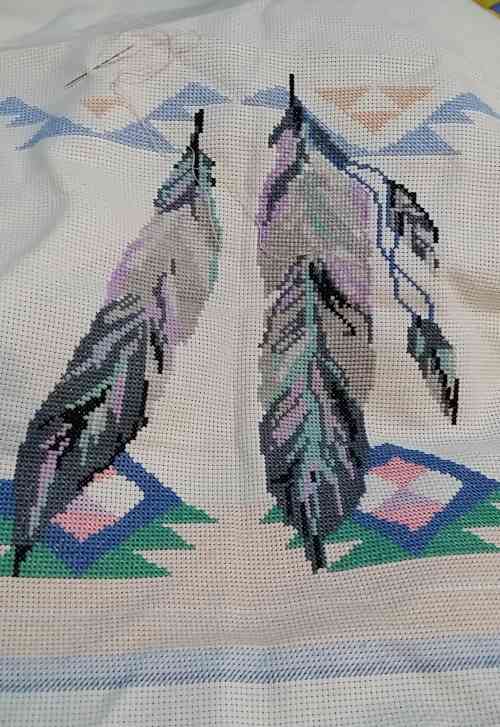 I coloured in. Long before colouring was trendy and mindful, I fell in love with Derwent watercolour pencils and colouring in. The adult colouring surge brought me better choice in pictures to colour. I so love this book, One Year Wiser by Mike Medaglia which I found at the wonderful Dean Swift Books at Nowra when I was there to talk about Sad, the Dog as part of the Shoalhaven Superheroes weekend. In October.  One Year Wiser is an illustrated weekly meditation full of truisms such as John Keat’s personal January message for me: “The poetry of earth is never dead.”

Back home there was an extended family health issue to be addressed and the phone line was knocked out in a storm. No internet again. More 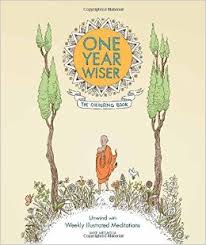 reading. More craft. And the beginning of the great declutter. Over two hundred books dropped in to Lifeline for their Book fair and a trailrr load of things taken away by the Council.

It seems social media is a habit and by this time I had let go. I didn’t any further on-line than to attend to emails – until last Friday when it was time to get back to work in earnest.

Don’t get me wrong, I love social media and being on-line. It’s an important part of my personal and professional community. It keeps me up to date and it keeps me sane. But I did enjoy the break and I’m finding myself refreshed and motivated in all directions when towards the end of 2015, a little malaise had crept in.

I think I’ll do it again next year. On purpose this time.

2 responses to “No Internet January”