I love all the wonderful chatter-filled , meander-down-the-blog-garden-path monthly round-up posts that I read, but *sigh* mine always sound like someone is writing a report. And maybe because, in a way, that’s what I am doing. Proving to myself that I’m achieving writerly things.

On 22nd October I  boarded Russ the (story) Bus for a week of school visits in western Sydney – Liverpool Public School, St Gregorys College, Bringelly Public, Rossmore Public, Claymore Public School, St Mary’s Rydalmere and Campbelltown Public School. Some experiences are more wonderful than others, and this was a super-wonderful one.

Russ is magic on four wheels. Faces lit up and numerous times kids asked, and came back to recheck – whether they really were allowed to keep their book.

The team from the Sydney Writers Festival were amazing. Emma, who drove the bus, had a knack for knowing which kids needed a bit of reading encouragement or reinforcement. Sierra was not only a brilliant organiser, but hauled, hammered and hoisted. Amelia, the new head of the Sydney Writers’ Festival Children’s and YA Program, came along for the first few days to see Russ in action, and pitched in as one of the crew. The program is lucky to have them all. Together, the team made magic happen for all the kids Russ visited. Miscellaneous mechanical problems – the bus broke down twice and had an electrical problem all week – didn’t phase them one bit. (PS Russ had a tune-up and I heard he was much better behaved in the following weeks). It was both fun and a privilege to be part of it all.

On the streets of Newtown I finally gave and tasted gelato – Hokey Pokey and Mint Chocolate Chip. I put on an extra kilo although I’ve said goodbye to that now. No gelato shops o my way home here.

Although I have an agent (the lovely and supportive Pippa Mason at Curtis Brown), I went along to listen to the Mary Cunnane How To Get an Agent Workshop presented by the South Coast Writers Centre (where I’m the Office Manager). The workshop was sold out – because there’s no substitute for the wise words of a seasoned industry professional – and we all learned something.

Every month I review 8 – 10 books for the Sunday Telegraph Funday. It’s part of the brief to give them stars, but as I never review books I don’t love, I never give less than four stars. But it’s still rare that I give a review 5 stars. This month there were two! Both amazing and completely different books.

Invisible Jerry, written by Adam Wallace and illustrated by Giuseppe Poli, is a picture book that packs a punch. I want every preschool family to own a copy. The message of looking after others is simple and incredibly strong. 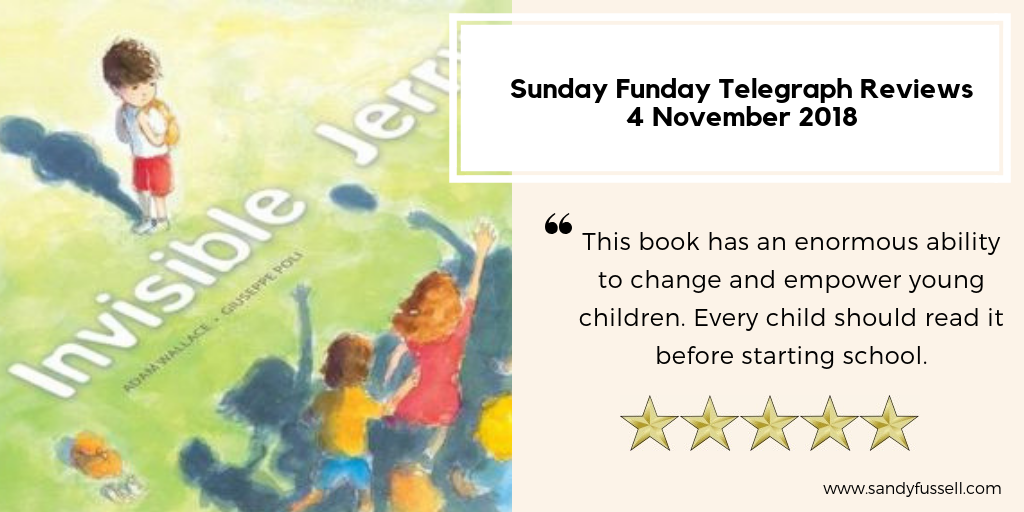 Just a Girl By Jackie French tackles the story of Mary, mother of Jesus, in a way that’s sensitive and imaginative but respectful. It’s a fascinating story in which Maryiam is almost a side story – but is expertly crafted to take centre stage. Not much is known about Mary, but historical accuracy hasn’t been sacrificed. Jackie doesn’t embellish with fiction or attempt to add details that don’t exist. Rather than focus on the scarce facts, the focus is on the enormous influence Mary has – on the characters in the story and the modern day world. 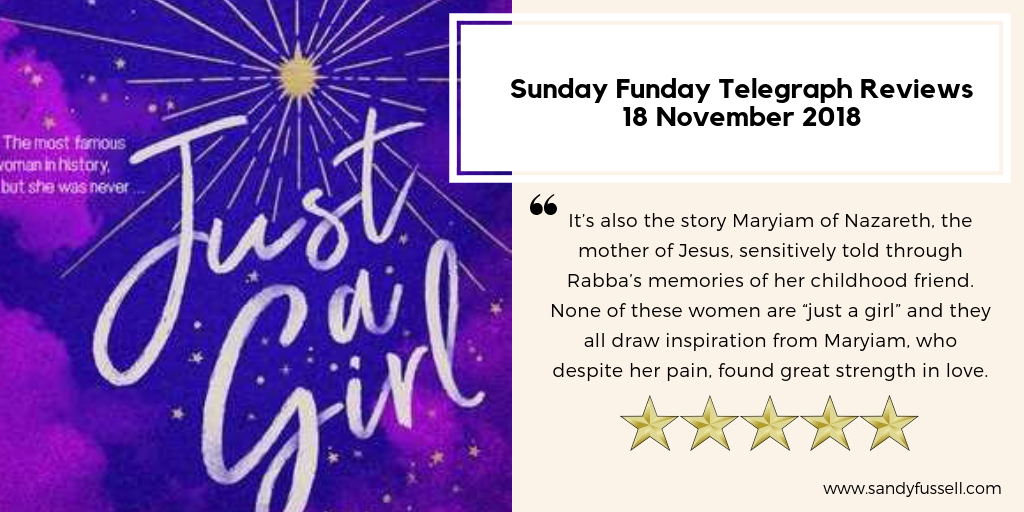 Halfway through October I joined #auswrites on Twitter – sharing in response to alternate day prompts. I’ve had fun and met new people so it was a given to join in again for November.

Next topic please. I’ve been shuffling and reworking and although I don’t have any extra word, it is progress of sorts.

I’m helping out with blog management for the #StudentsNeedSchoolLibraries campaign. We have a Trello board! If you haven’t been hit up by me for a blog post, it could still happen…

I’m clocking up the kilometres which is a good thing given that week of gelato every night for dessert. The family did the Shiny Beldum Day (yours truly scored the lowest catch). We failed the Gangar Raid Day as  #2 son abandoned us for a gig in Sydney and two people were not enough. I lucked in with a Shiny Sheldar, and  spent too many hours pouring over the maths calculations behind the stats. I decided to put the spreadsheet away and reminded myself it was about having fun and that I should just continue catching things randomly.

but the kid in me is not phased by big words and continues to have fun.

Halloween in the Highlands 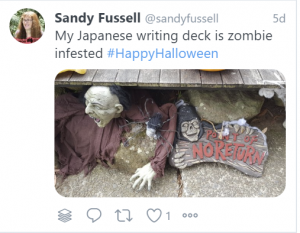 One More Page and Me