It’s been four months since Jodie Wells-Slowgrove and I launched The Story Crowd, bringing literature festivals to primary schools. It’s a lot of fun and a lot of hard work which has left me knowing more than I ever want to know about tax, GST, business law and special superannuation provisions for arts performers. 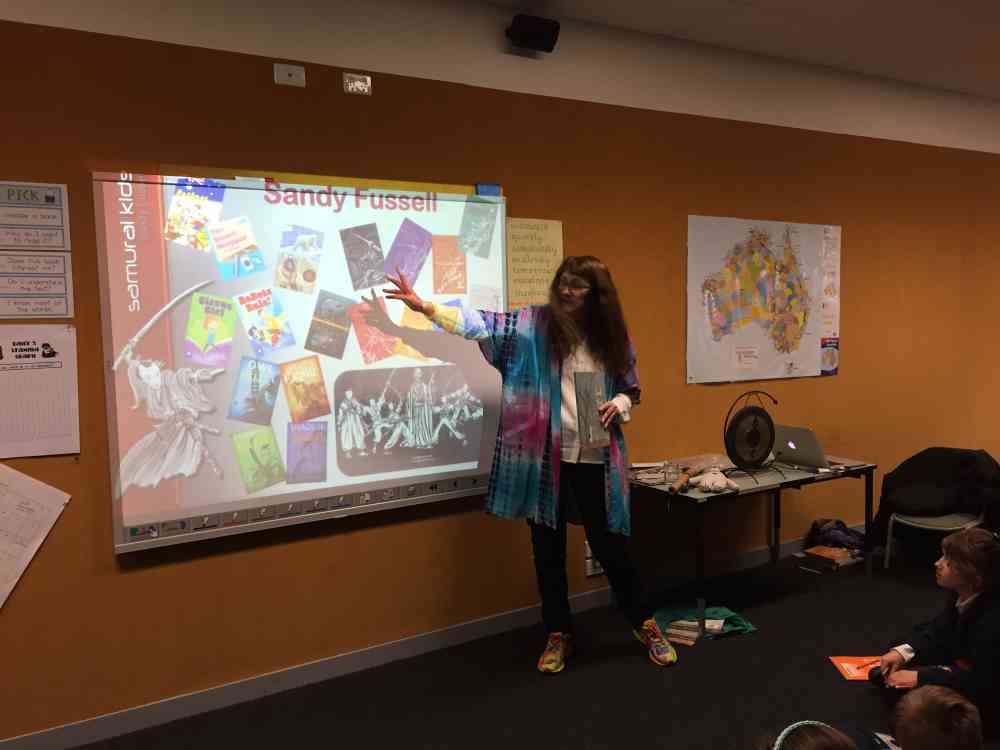 Here I am caught out talking about myself… again

Finally I can breathe (the first GST quarter is over) and reflect on what was to be a slow, steady, small beginning after Book Week but instead was an urgent last-minute mid-Book Week rescue mission to Melbourne. It was a baptism of fire in every way and the business model came through just fine with a little tweaking here and there.

Here’s an email I received a few days later – a little writerly encouragement from a young reader:

The book mum bought for me was Polar Boy. I absolutely loved it because it was full of stuff from the Arctic and had a twist, which was he thought he had to face a bear but he had to face a viking. I also like the part when Iluak dies. I love your books. Keep on writing.

I’m always surprised how many kids like the chapter about Iluak’s near-death experience where he falls through the ice and as hypothermia sets in, sees the Inuit death raven. I’ve had some deep philosophical discussion – and very hard questions – about whether the raven is real or imagined. Never underestimate an 11-year-old reader.

I think it’s pretty obvious I have one of the best jobs in the world.