An old suitcase full of poetry 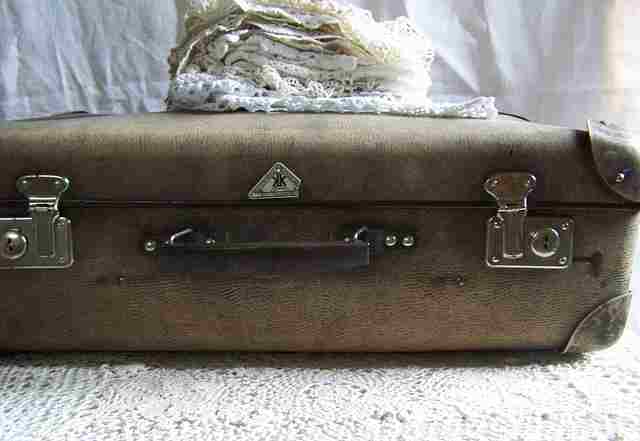 I didn’t even know I still had it.

An old suitcase full of poetry, a growth chart of words measuring my life from teen to young adult.

I was editing #1 son’s Psychology essay and recalled I’d kept one of my own. I thought he might be interested to see Mum was once a young student too. I knew it was in an old suitcase full of papers but had forgotten what else was there.

A book containing all the poems I wrote from when I was 12 to 22. A news clipping from a poem published in the Canberra Times. The Greek Tragedies I wrote in Year 8 that the class had to perform. I suspect they preferred doing that to some of the other stuff we studied because no-one ever laughed or gave me a hard time.

Bits and pieces of stories. I had forgotten I ever wrote stories.

Was any of it any good? Bits and pieces of the bits and pieces were okay. It was eerily strange to look back with such raw depth. Every poem was annotated with why I wrote it and who or what it was about. Yes, I’m still a bit like that! There was a surprising amount of dark almost gothic stuff. Then again, I was a teenager. Some was not so dark and this one I’m willing to share. 16 year old me. A greenie even then.

The River’s Song
I saw the trees,
green and stretching
they were walking quickly
on their hands across the sky.
Frightened and fleeing,
they were reaching frantically
for the horizon.
Yes, I saw the trees,
before the land was hewn flat.

I once was a pretender poet

The week in review #1

5 Ratty Things about Writing and Me

2 responses to “An old suitcase full of poetry”