Tuesday morning and I’m sitting down to work after the long weekend. 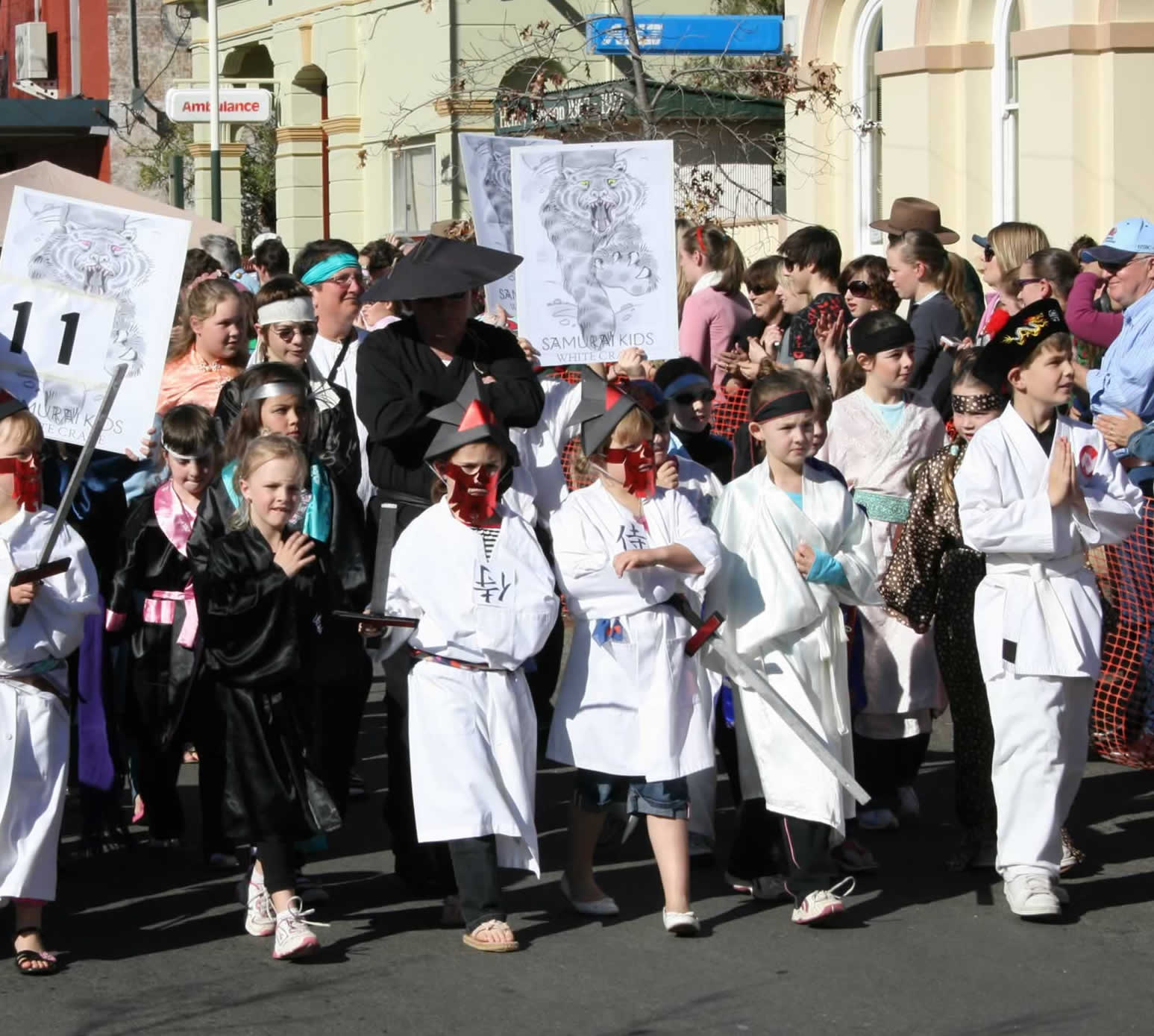 I have a quick check of Facebook first and discover last weekend Penelope Davie mentioned  that she had been to Henry Lawson Festival of the Arts at Grenfell and in the main street was a plaque  with my name on it.

What a wonderful memory to start the week with. Thanks Penelope. I searched out the original blog post I did about how that came to be and enjoyed reminiscing so much I decided to repost it.

I’ve only ever reposted once before (special circumstances)  but recently I’ve been enjoying a series of reposts by Michael Gerard Bauer.  I missed them first time round so perhaps similarly someone else will enjoy my revisit here. You’ll have to scroll down Michael’s blog to find the reposts as they have inspired a spate of new new blog posts. I hope this repost works like that for me!!

Here goes:
Being a children’s author can be quite confronting. Embarrassing even. The questions some primary students ask range from jaw-dropping to ego shattering. And on other occasions they can make you feel like Master of the (Writing) Universe. I thought I’d blog about one of my MOTWU moments. I don’t want to mention the others!!!

Back in June 2008 I was guest of honour at the Henry Lawson Festival of the Arts in Grenfell. Grenfell is a tiny rural town in the central west of NSW, population 2200, the birthplace of Henry Lawson. The weekend long Festival is very prestigious. It’s the longest running arts festival in Australia and past guests of honour have included Patrick White, Di Morrissey and Thomas Keneally! 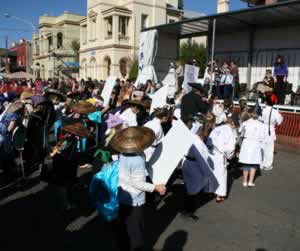 So how did I get this gig? Well, I’m not proud. I’m willing to admit I was the Guest of Honour to Be Named Later. Last Minute actually. TV actor Simon Westaway was the original choice and when he had to cancel, the rush was on to find someone arts-related who would come to no-airport Grenfell at extremely short notice. My sister, who lives on a small farm in the area, happened to mention me. Even if she wasn’t the best sister in the world this would have immediately earned her the dedication in Shaolin Tiger!‘My sister is an author,” she said. “And she visits here all the time.”

So there I was, pretending to be a famous person of literary note. Crowning the beauty queens. Cutting the ribbon. Keynote speaker at the dinner. Presenting trophies and medallions. Conducting TV interviews. Chatting with the writers from Underbelly who were accepting a scriptwriting award. Grenfell opened its heart to welcome me. I think the townspeople were sort of proud that I had a local connection. I might not have been the ilk of the previous guests yet I was an honorary ‘one of their own.”

But my really big moment was absolutely huge. It’s one of the highlights of my writing career. I was sitting on the official dais (trying to look official and literary!) watching the street parade. Around the corner came a local primary school all dressed up as my Samurai Kids. Banging gongs and waving swords and banners. They marched down the main street and when they reached the dais their teacher yelled “Stop”. “Yes Sensei,” they responded.Then they turned to face me and bowed, Japanese style.

I stood and bowed too. And I bawled my eyes out. To be honest, I bawled my eyes out again writing this. It’s still such a vivid and emotional memory.There are many times when I am asked why I don’t write proper books. Books for adults or older readers. Well one day I might write those too but in writing for kids, I am totally fulfilled. I do write proper books. The people who ask that question don’t understand the craft of writing for children. And they certainly don’t understand how wonderful young readers can make their authors feel. It’s real magic.