Five years ago an invitation arrived all the way from Albany, WA to visit Great Southern Grammar School. I excitedly said Yes but it wasn’t to be. My youngest son fell ill and interstate travel was no longer an option.

Fast forward five years and the invitation was repeated. The festival had a fabulous new name: The Southern Sea of Words. 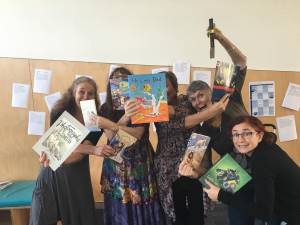 Here I finally am – with Sally Murphy, Dianne Wolfer, Leanne White and Deb Abela. That’s me hiding behind Leeanne’s book He’s My Dad and Sally’s Roses are Blue. I’m good at hiding in full view in a photo (Sally is just copying me! *grin*) 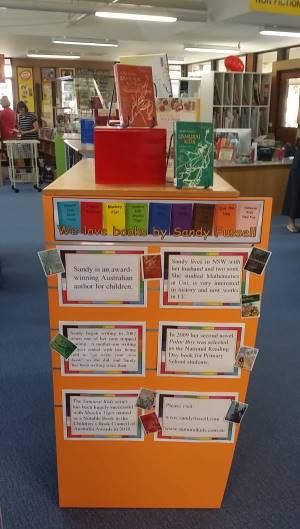 It was definitely the best of times. First stop, Christ Church Grammar School, the alma mater of the enigmatic Jon Doust (who kept popping up in person and in stories over the six days I was in WA).

Christ Church Grammar Library is one of those spaces that just shouts “you are welcome” and “we have books” – thanks to the leadership of librarian Mary Hookey. The kids were wonderful (they always are).

Then on to finally catch up with the super enthusiastic Karen Bradbury and finalise those years of emails with a hug.

It felt a little odd to be festivalling swordless – I’ve given up taking my bokken on planes – it makes life too complicated.

I had heaps of fun with my Minecraft Workshop (as I always do), I learned some new origami from a young master in my Sad the Dog session and loved having a captive audience to listen to me talk about curation and the Internet as a final session with adults brought the festivities to a close. 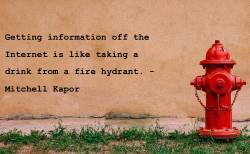 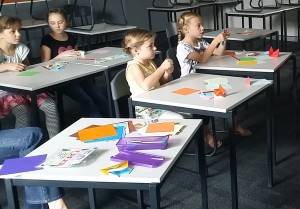 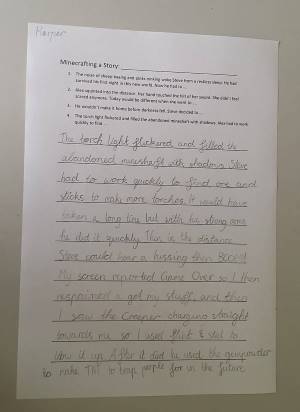 The flight schedule is cleverly designed to keep everyone in Albany all weekend (if you don’t leave early Sat you have to wait until late Sunday night). What a wonderful delay. Sunday morning was spent at a SCBWI  get-together and after that, based on a recommendation from Diane, Deb and I set off for the National Anzac Centre. 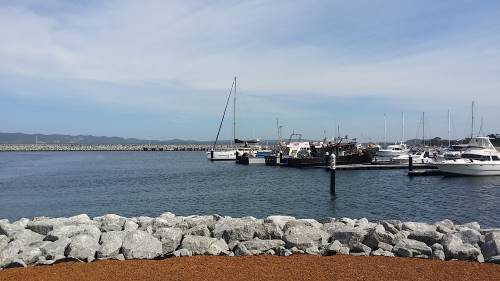 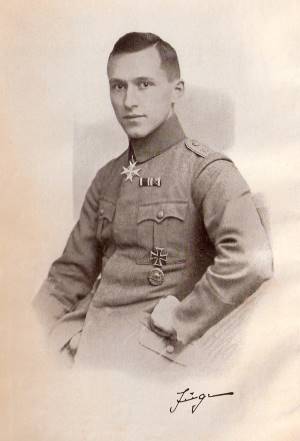 I could have stayed for hours and in fact, I did stand for hours (with lunch in between) in front of the scrolling stories session. I now know a great deal of Australian WWI history whereas before I knew embarrassingly little beyond the Anzac battles and Ypres where a great uncle died.

Entry into the museum came with an identity card which swiped to reveal individual information at key points in the exhibit. I was disappointed to be allocated a German soldier. I wanted to hear an Australian story.

But Lieutenant Ernst Junger turned out to be a fitting choice. A career soldier, he later became an entomologist and six beetles were named after him. As if that wasn’t already a serious enough claim to fame, he won the Goethe prize for literature.

So there was irony my card. It was always meant for me. Junger further redeemed himself in my eyes, when he was dismissed from the army during the Second World War for being associated with a plot to assassinate Hitler.

I’d love to go back. To Perth, the Museum and to Great Southern Grammar.