The Migratory Path of Pencils 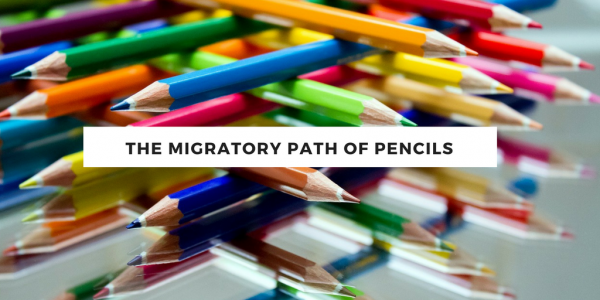 I have a huge collection of novelty erasers, pencil sharpeners, rulers and pencils. Enough to rival a whole class of kindergarten kids.

I’m an obsessive collector and connoisseur of stationery. An expert in the field, if I don’t say so myself. I have a huge collection of novelty erasers, pencil sharpeners, rulers and pencils. Enough to rival a whole class of kindergarten kids. Everything from Disney princesses and Pokemon to Ninja Turtles and Zen proverbs. And it’s not for looking at or sitting on a shelf. I use it all.

I particularity love my Lego pencil case because I can build on top of it. While I’m writing I can arrange Lego battle scenes. Ninjaga Lego made excellent samurai warriors when I was writing the Samurai Kids series. There’s even one that looks just like Sensei.

There is nothing stationary about stationery.

I’ve had a long time to study the habits of stationery in one its common natural environments, the writer’s desk. My first observation is that stationery is poorly named. There is nothing stationary about stationery. It moves constantly. It has extremely erratic migratory habits, and no sense of direction. Once a piece of stationery is off on its travels, it’s very hard to track and rarely comes back. My preferred 2B lead pencils seem to be a particularly troublesome species. They are always getting lost. 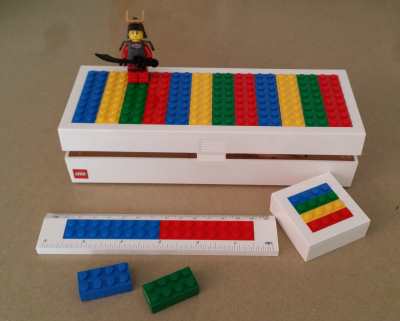 Recently in my office, scissors were elevated to the status of endangered species. Four pairs just disappeared, rapidly heading towards extinction. It was time for a more detailed study of the migratory paths of the various bits of stationery endemic to my desk region.

I soon discovered, much to my relief, that scissors were not becoming extinct. This species had chosen to colonise new territory and live elsewhere. In the kitchen, the laundry, the lounge room and the car.

Sticky tape seems to prefer the bedrooms of younger people. How that symbiotic relationship works, I have no idea.

Pens and pencils are the worst offenders. Sometimes they hide out before they go so you’re never sure if they’re still there. You can waste a lot of time playing hide-and-seek with pencils.

Stationery has no loyalty. It’ll go anywhere with anybody.

Stationery has no loyalty. It’ll go anywhere with anybody. You can love it and buy it special purple sparkly pencil cases, but it’ll still hitch a ride in a stranger’s pocket the very first chance it gets.

Which brings me to the rare and wayward purple pen with a butterfly on top. Not seen since 1985 when it last signed a copy of Jaguar Warrior in a library. I’m always hoping a sighting will eventually be reported.

Yes, it’s been a busy day, my brain is frazzled and  I can’t find my favourite pencil!

One response to “The Migratory Path of Pencils”